I’ve seen a lot of articles that list “boostrapped start ups”, yet they all seem to include companies that started out as bootstrappers, but eventually took funding. Names like 37 Signals (now Basecamp), Github, GoPro, AppSumo and Freshbooks frequently feature on these lists, but if you Google any of those company names with the term ‘funding’, you’ll quickly find not one of them are bootstrapped any more.

So in a break from tradition, here are 5 companies that are truly bootstrapped and kicking ass. None of them have taken any funding, and neither do they plan to. 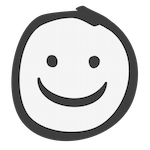 Balsamiq Mockups was created in 2008 by Peldi Guilizzoni, who at the time was a senior software engineer for Adobe. While at Adobe, Peldi helped push usage of Atlassian’s Confluence, instead of a standard wiki. Upon seeing usage of Confluence spread throughout Adobe, replacing some long standing wikis in its wake, he realised that if a new tool could provide a new way to work and make everyone more productive, the resulting work is better. It was at this point Peldi started to harbour aspirations to create such a tool, otherwise known as “the Entrepreneurial Itch”

The idea for Balsamiq Mockups came when a project manager at Adobe expressed her frustration at the lack of a simple tool to ‘mock up’ a new user interface design. Tools like Photoshop and Fireworks were overkill for the task, and had a prohibitive learning curve. Peldi did some research, but couldn’t find any tools that would fit the bill. Thus the idea for Balsamiq Mockups was born.

Baslamiq is a company that was built around the bootstrapped mentality, and it’s definitely worked in their favour. They regularly turn away external investors, and have rejected multi-million-dollar acquisition offers. They’ve kept their team small, just 17 employees, many of whom work remotely, from the US and Europe. In fact, when I was using Balsamiq to work on an update to BugMucnher’s user interface just two years ago, I emailed them and got a response from Peldi himself. All companies, bootstrapped or funded, can learn a thing or two from Balsamiq about going above and beyond for your customers, and generally being awesome. 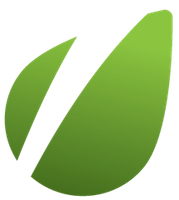 Envato Started life as FlashDen in 2006. Founded by Collis Ta’eed, Cyan Ta’eed and Jun Rung in Sydney, Australia, FlashDen was a market place where people could sell Flash files. The inspiration behind FlashDen came from Collis Ta’eed’s success selling flash files on iStockPhoto.

The trio built FlashDen without a technical co-founder, spending over $90,000 on development, which was paid for using multiple credit cards, money borrowed from parents, and freelancing during the evenings and weekends.

9 Years later, Envato now houses 8 different marketplaces, over 250 employees, and has become the go-to site for anyone wanting to buy or sell digital goods. True bootstrappers to the core, they have repeatedly turned down offers from venture capitalists.

I personally have both bought (Wordpress Themes) and sold (Music) through Envato, and it’s always been an great experience. Each of their market places has a strong, friendly community attached to it, which I believe to be a large part of their success. 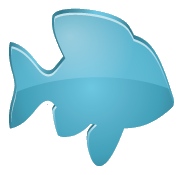 Even though I’ve never used it, I have a particular affinity towards Plenty of Fish, as not only was it bootstrapped, but by just one person. Single person start up success stories are few and far between, so it’s great to see one person’s start up become a household name.

Plenty of Fish was founded by Markus Frind in 2003. Like most great startups, Markus was scratching his own itch, as he’d looked into existing dating sites, but was annoyed to discover that they required payment. Pleny of Fish also embodied the Minimum Viable Product ethos, the first version of the site didn’t even have the ability to upload images.

For the first 5 years Markus was the only employee, running the site out of his apartment in Vancouver. At this point Plenty of Fish was receiving over 30 million hits per day, and Markus was making around $10 Million USD per year, from Google Ads. Plenty of Fish now has offices in Vancouver, 75 employees, and turned over an estimated $100 million in 2014.

You could argue that Plenty of Fish is no longer bootstrapped, as in 2014, Markus sold Plenty of Fish to Match.com for $575 million in cash. I’d disagree though, selling a company is not the same as taking funding, and because he never took any investment, Markus was the sole owner of the company, and is now $575 million richer. 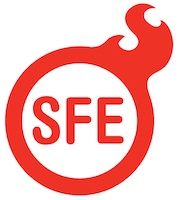 Nathan Seidle started SparkFun in 2003, after accidentally blowing up some electronic components and not being able to easily find replacements online. As a fellow tinkerer and someone who knows the smell of burning electronics all too well, SparkFun is another bootstrapped start up that’s close to my heart.

Nathan started SparkFun with just $2500 in credit card debt, which he used to buy inventory and set up the website. Initially SparkFun only sold Olimex printed circuit boards, where as they now boast a catalogue of over 3,500 items, including some of their own creations.

It’s well known that it’s much harder to succeed with a hardware start up than it is with software, especially on a bootstrapper’s budget. SparkFun has beaten some hugely unfavourable odds, and grown to over 150 employees, all with out compromising the Nathan’s original vision. SparkFun helped draft the Open-source hardware (OSHW) definition, and all or SparkFuns own creations are Open-source. 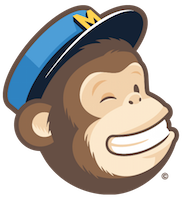 MailChimp was started back in 2001 by Ben Chestnut and Dan Kurzius. It started as a side project, funded by their web-development jobs. 14 years on, MailChimp is one of the best known mailing list companies, sending over 600 million emails every day.

MailChimp has since expanded its operations to include Mandrill, a transactional email service, and even acquired TinyLetter, providing mailing lists to individuals. With 375 employees, MailChimp is both the largest and longest running bootstrapped start up in this list.

I use MailChimp to manage BugMuncher’s mailing list, it’s a great piece of software, even if it is written in PHP (bring on the flames…) They also have a fantastic brand, who doesn’t love a chimpanzee postman?

Did I miss any?

So there’s my top five REAL bootstrapped companies, one day I hope to see BugMuncher appearing on a similar list. If you have any suggestions of companies I’ve missed, please leave a comment, I always love hearing about bootstrap success stories.